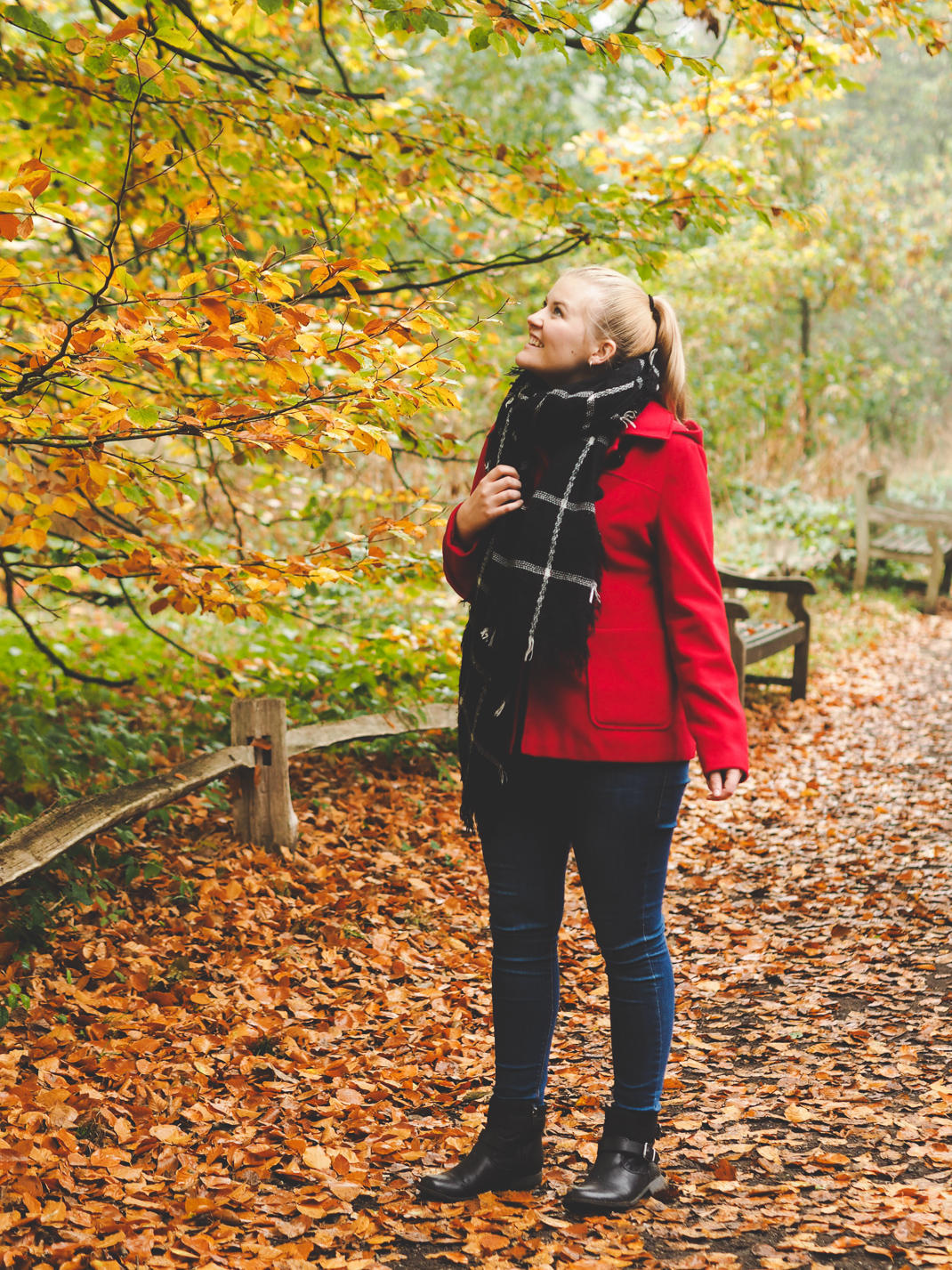 Have I mentioned that before? (The question is rhetorical. I think we all know the answer to that one.)

There’s just something about crunchy leaves, misty mornings, hot coffee and a wooly scarf that makes me go all gooey and heart-eyed.

On Sunday, our friends rocked up early in the morning to pick Gary and I up in the car. We popped into town, picked up a round of caramel lattes, and then hit the road, with Google Maps to guide us on our way.

We arrived at Kew Gardens at just gone 10am, and there was already a queue at the gate. Once we got inside though, everyone melted away in different directions, and we had the place (almost) to ourselves.

So it’s definitely worth getting there early!

The Japanese garden was one of our favourites. The paths are lined with colorful shrubbery, and there’s a perfectly groomed gravel garden, along with carefully placed rocks.

Other oddities we discovered on our travels include a seasonally-confused holly bush, a big wooden bear, and some funny flat plants, which felt like (ehem) felt…

The further we strolled, the more we marvelled.

Honestly guys, Kew in autumn is an absolute MUST visit.

The colours, the light, the fresh air… you’d never guess you’re only a half hour or so from Central London!

HAVE YOU EVER SEEN ANYTHING SO ADORABLE?

My inner Hufflepuff was very happy.

I really want to do a West Coast USA road trip, but for now, the Redwood Grove at Kew is an excellent substitute.

The trees are a mix of giant and coastal redwoods, and they are BIG. Big trees. Not as big as the ones you’d find in the States, obviously, but still. They’re big enough!

There’s also a proper, traditional, Japanese Minka farmhouse (which I apparently forgot to photograph), which was actually built in the 1930s in Japan, and then transported to the UK in 2001 for restoration.

It sits in the middle of a beautiful bamboo garden in Kew, and it’s really interesting to see the inside and read about how the houses were traditionally made.

We also visited Palm House, a tropical greenhouse which bears a verrrrry suspicious resemblance to the Aviary from Jurassic World…

Now, I’m not saying there are dinosaurs at Kew Gardens.

Who knows what could be hiding behind them…