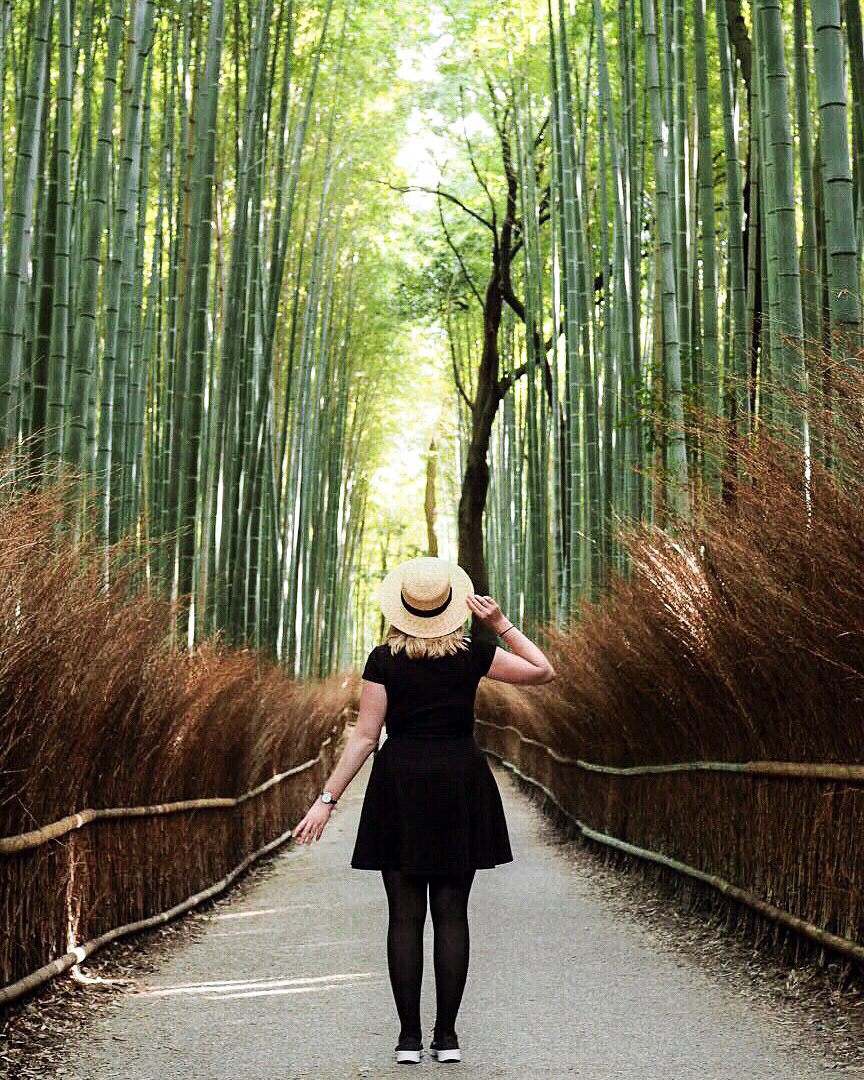 I’m not sure how I feel about it to be honest. 2017 has been pretty shit in terms of world events, but I’ve been very lucky this year and, on a personal level, it’s been pretty bloody brilliant.

Among (many) other things: I went on a ghost tour in York, ate a ton of French cheese in Lille, tripped over potholes in Bucharest, went sunrise swimming in the rooftop pool at the Marina Bay Sands hotel in Singapore, attended a proper Greek wedding in Syros, made sushi in Tokyo, cried in Hiroshima, ate ramen in Osaka, explored the temples and shrines of Kyoto, went on a food tour in Rome, and danced around a snowy castle in The Netherlands.

Gary and I bought a flat together. We moved in October (while I was away in Japan, avoiding all the hard work!), and have spent the last couple of months working our way through our (very long) list of DIY To-Dos. We’ve still got a way to go until it looks and feels how we want it to, but it’s slowly getting there, and I can’t wait to finish getting everything ship-shape in 2018.

On top of that, I clarified my personal style, experimented in the kitchen, finished a load of crosswords, read 36 new books, drank unknown quantities of prosecco (it’s a pretty high number), and watched all seven seasons of Parks and Rec.

Most of all, I feel like I’m clearer and more comfortable with who I am.

Thank you for sticking with me another year, and thank you SO much for all your support with my online stuff. You have no idea how much it means to me. ♥︎

After the success of last year’s Good Things About 2016 post, I couldn’t resist doing it all again. I asked my followers on Twitter and Facebook to tell me the best thing that happened to them in 2017, and honestly it’s the most optimistic and positive thing I’ve read this year.

So here’s a big pile of cuddly, cosy, smiley happiness for you to sink into before the fireworks start.

1. @abranchofholly: Best thing that happened to me was definitely taking my business full-time!

2. Viki: I got over my fear of spiders! Know that sounds silly to some people but the crippling fear of seeing one was horrible. And it’s something I never thought I would do or be able to do

3. Kate: I met someone who I think might change my life

4. @beeing_sophie: I decided that I wanted to be a primary teacher and am just about to submit my application for a PGCE!

5. @kathandcake: Travelled to New Zealand solo and made some incredible memories and friends ???

6. @laviedefaye: I worked extra hard and got a promotion with a salary at work, it definitely helped with my (unstable financially) anxiety

8. @charliedistrctd:I met a man that made me believe in love (and myself) again, and I don’t care how soppy that is!

9. @JosephHBurrows: Rhi and I moved out of my parents and into our first flat! ☺️?

10. @chloewitty: I published research and got a full time job in a career relevant role!

11. Becky: I started training to become a children’s nurse!

12. @cherrysodablog: There were lots, but I think getting to interview my favourite country musician has to be up there for me.

13. @ItsMaddiehbu: I graduated from high school in June!

14. @9grandstudent: Can I have two?! I passed three professional exams and am now a few steps closer to qualifying as an Actuary. Aaandddd I did so whilst conquering a cloud of depression following losing both my Granddads at the beginning of the year.

15. @alicespake: I gave birth to our first child, Joshua.

17. @owlsandstags: I passed my theory test in July after 9 years of bad anxiety surrounding driving. I may have recently failed my test but it’s rebooked for early Feb ??

18. @LisWarren: The gif says it: looked after my sister’s dog for 2 weeks & fell for her… #lovedogs

20. @RachelAnne_Bee: We found out we’re expecting our second baby!! So excited for Henry to be a big brother even if this baby seems to be trying to take me down from the inside!!

21. @_SimplyAbbi: I graduated after three years of anxiety that I wouldn’t do well enough or even fail. My proudest achievement by far ❤️

22. @PolBag: I became the Lonely Planet writer for my country!

23. @danidunnexo: Finally getting to meet our (not so) little bub! Best thing ever ?

24. @charlotteshare_: I raised roughly £900 for Hospiscare Southwest who cared for my Nan in her final days back in April

25. @rhymeandribbons: I got Harold (the mini dachshund) and I’ve never known a love like it before

26. @FashionNBarbie: I finally found and bought my forever house and I can’t wait for the next chapter in my life making this house a home with my husband and pooch Falcon and kitties Bailey and Tia.

27. @kirsty_monday: Passed my second year at university and worked my ass off at my blog all year long!

28. @kirstyleannee92: I left my job to go self-employed after years of working hard to get to this point ❤️??

29. @AnnaIntnational: I had a beautiful baby girl! ?

30. @SiobhanRothwell: I can’t even pick one I’ll let you decide! I finished my masters degree, visited 8 new countries, got my dream first job, and moved in with my boyfriend ??

31. @joannefisher: Invested in my writing; I enrolled and completed two courses (one on storytelling, one on poetry) and loved both ✨

32. @whoismilly: I spent my first Christmas in London and it was lovely!

35. @aismcgarrigle: Moving to London, although it’s been a struggle at times I’ve come out alright the other side.

36. @NatalieRoseEd: I launched my blog! After a year of research and procrastination ?

37. @SamRSparrow: I got up the courage to travel solo for the first time and it rocked my socks off!

38. @georgie_mb: I took the plunge, left my job and went backpacking around New Zealand and South East Asia for 5 months ? best thing I’ve ever done in my whole life!

40. @LucyAbigaill: Passed my driving test with only 3 faults are having many breakdowns about it!

41. @sirensandbells: I’ve started to feel good about myself and my body instead of constantly wanting to change myself ?

42. @Hishersblog: Swimming with turtles in Mexico!

43. @AcupofTblog: We bought and moved into our first house ??

45. @thecrownwings: Graduated from my masters degree with Distinction!

48. @moreaboutcat: I started working for myself! (Which is also terrifying but deffo a highlight! ?)

49. @Alright_Blondie: I fulfilled my childhood dream of adopting my very own staffy ?

50. @awonderemporium:I got my first tattoo! Fell in love with Amsterdam and probably felt the happiest I have done in years.

51. @Fii__fii: I moved back to South Korea to work and I’ve never been happier tbh ?

53. @orlalouiseoc: Lived in New York for a year

54. @kyiabelle: I overcame this kind of anxiety I’ve never felt before, and ended up having the most fun I’ve ever had in highschool so far.

55. @chichi_writes: I went freelance! ?✍️??? I became a self-employed copywriter and I launched my business website!

56. @IoannaMills: I got married to my childhood sweetheart and it was the BEST day of my life so far

57. @torijoliver: Stumbled upon a process in my degree in ceramics and its lead to me not only finding something I completely adore, but am also ” the most talented I’ve seen” (-tutor)

58. @LaurenPenington: Our first child Alice entered the world and it’s been an emotional rollercoaster ever since ❤️

59. @phasesofrobyn: I finally moved out of my parents house into a house with my boyfriend! Adulting has been at its finest for 5 months ??

60. @amerzwithlove: I finally graduated with a 2.1 in BA Fashion Journalism ??

62. @midnightandlace: I won Best New Blogger at this years Bloggers Blog Awards and still haven’t quite gotten over it! ??

63. @little_budget: I graduated with a first even though I’d been battling with horrible MH for the whole 3 Years ??‍?

64. @jessieann48: I finally got myself a job in my chosen field and moved into my own place! ??

65. @katrinafrances_: I got an offer for my first choice university to study Midwifery next September!

66. @girlingamba: I found some of the most supportive people by joining the blogging community on Twitter. I think I might’ve stopped blogging if it wasn’t for that.

67. @Industrymee: I graduated from university ☺️

68. @illuminehearts: Got the ball rolling becoming a self employed freelance creative writer and proofreader ??

70. @Amber_ONeill6: ? I bought my first house this year and I couldn’t be prouder of how years of hard work has paid off!

72. @__emmahart__: I spent 4 wonderful days in Ibiza ? Roadtripping around the island and finding quiet beaches was absolute bliss!

73. @alittlebutton_: Finished the contract on my internship, got a new job straight away and moved in with 5 strangers who are absolutely lovely!

74. @MissPond: We hit our house deposit savings target! 2018 is gonna have some new adventures ?

75. @rebekahellerby: I saw the most HILARIOUS version of Blank by Nassim Soleimanpour starring Mel Giedryc and laughed my socks off with the best colleagues in the world ?

76. @SeannasWorld: I went on an epic adventure in the Lake District with inspiring women from @_loveherwild and have now been chosen as ambassador for them ?

78. @TheDeeWhoLived: I got to see the new cast in Cursed Child and fell in love with the play all over again! ?

79. @beautyxdivision: I had my second baby boy ❤️

80. @wilddunkcamping: Started my own business. ?

82. @CompositeSky: I bought a house with my better after I got back in to teaching! Best year so far

83. @WouldBTraveller: I saw lions in the wild for the first time ?the BEST FEELING! ?

84. @itslaurawood: Came out of the other side of redundancy after a vvvvvvvv shit year both financially and mentally, I’m so proud of myself ???

85. @luxurybackpack: I gave birth to my first baby, a little boy we named Archer ???

87. @MaxineLDN: After years and years of saving up, I bought my first home ? and spent the following 6 months making it lovely ☺️

88. @rgabor92: Got a contract of indefinite duration, which was foreseeable but still, it felt so good. Also got my own (work) topic for the next year so I’m pretty settled finally and it’s awesome. ?

89. @NicoleNavigates: I went on my first solo travel tour and completely stepped out of my comfort zone and it ended up being the best trip EVER! ?✈️

90. Jess: We won a holiday with Thomson (now Tui) and flew off to the island of Boa Vista, Cape Verde for 10 days!!! ? my first time abroad and loved every second of it!

91. @KaraWillow: Got a job at a national newspaper writing about travel after years of blogging and interning ??

WHAT ARE YOU THANKFUL FOR?